Network Device backup is a necessity with increased cyber attacks

In the past few years cyber-attacks have become far more predominant with data,

personal records and financial information stolen and sold on the black market in a matter of days. Major companies such as E-Bay, Domino’s, Montana Health Department and even the White House have fallen victim to cyber criminals.

The most recent scandal was Anthem, one of the country largest health insurers. They recently announced that there systems had been hacked into and over 80 million customer’s information had been stolen. This information ranged from social security numbers, email data, addresses and income material.

If hackers can break into your system they can take down your system. Back in 2012 Ulster banks systems crashed, it’s still unreported if it was a cyber-attack or not but regardless of the case there was a crisis. Ulster banks entre banking system went down, people couldn’t take money out, pay bills or even pay for food. As a result of their negligence they were forced to pay substantial fines.

This could have all been avoided if they had installed a proper Network Device Backup system.

If your system goes down you need to find the easiest and quickest way to get it back up and running, This means having an up-to-date network backup plan in place that enables you to quickly swap out the faulty device and restore the configuration from backup.

Techworld ran a survey and found that 33% of companies do not back up their network device configurations.

The reason why you should have a backup device configuration in place is as follows:

It’s evident that increased security is a necessity but even more important is backing up your system. If the crash of Ulster bank in 2012 is anything to go by we should all be backing up our systems. If you would like to learn more about this topic click below. 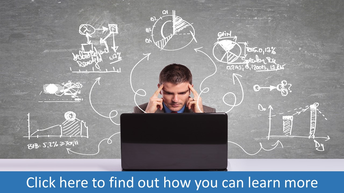